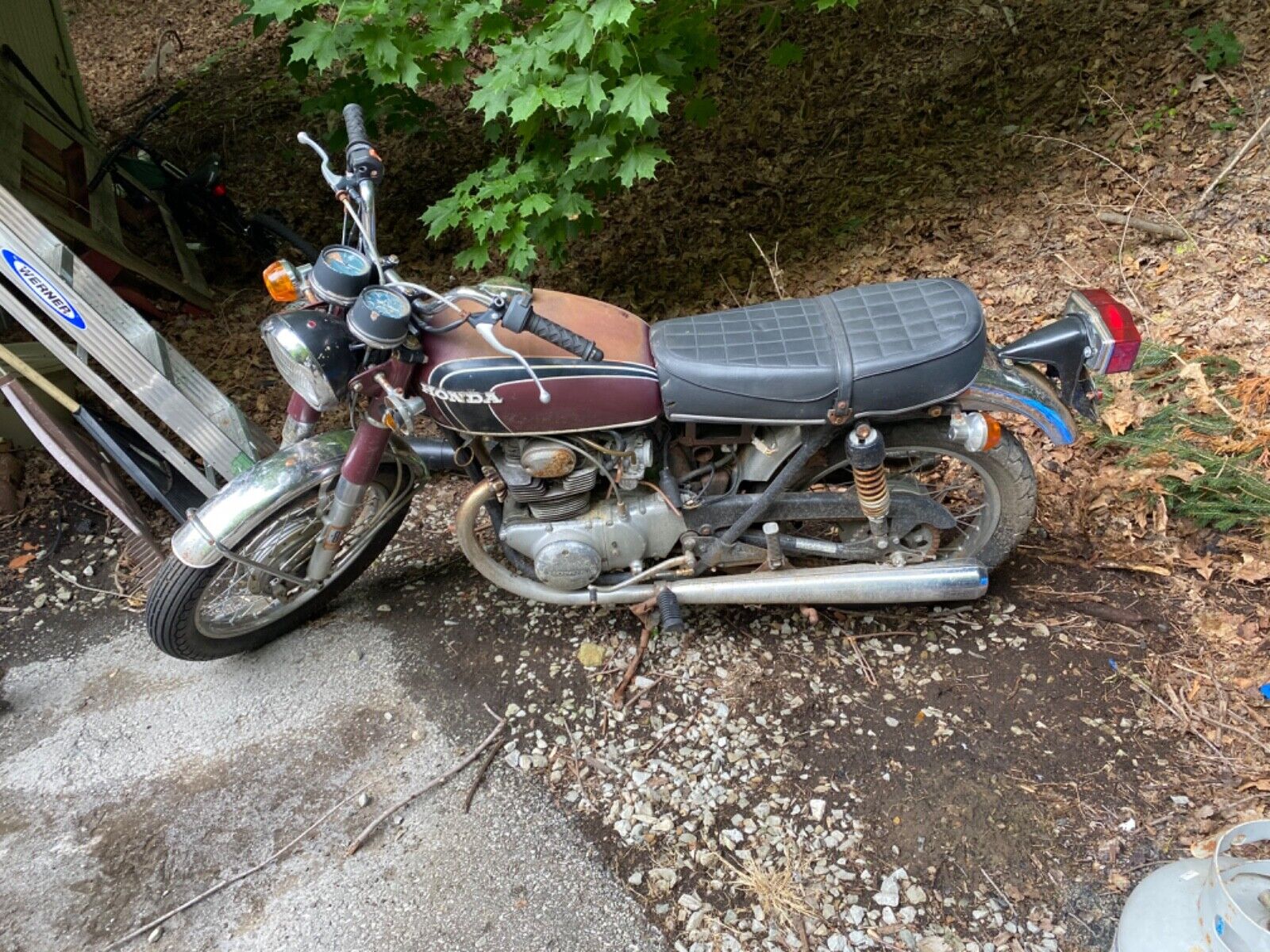 I acquired the 1972 Honda CB350 in 9/2010 and used it until 2015. Due to what was believed to be an issue with something in the upper head the bike became unusable. Per the photos the valve cover has been removed, and is not included in the sale. Bike was stored outside from 2015 till present with plastic over motor. Water may have entered during this time, I have not inspected the bike for internal water in motor/trans. Also, currently the bike does not rollover or want to shift. However the bike does include mikuni carburetors. This is a potential parts bike or project. As well I do have a title for the bike which will be transferred to the buyer. Bike is sold as is, per photos description. Seller can pickup in person or arrange shipping via a private party. Also I can store the bike until 8/31 for pickup. If you have questions please message me, or if would like more photos sent.