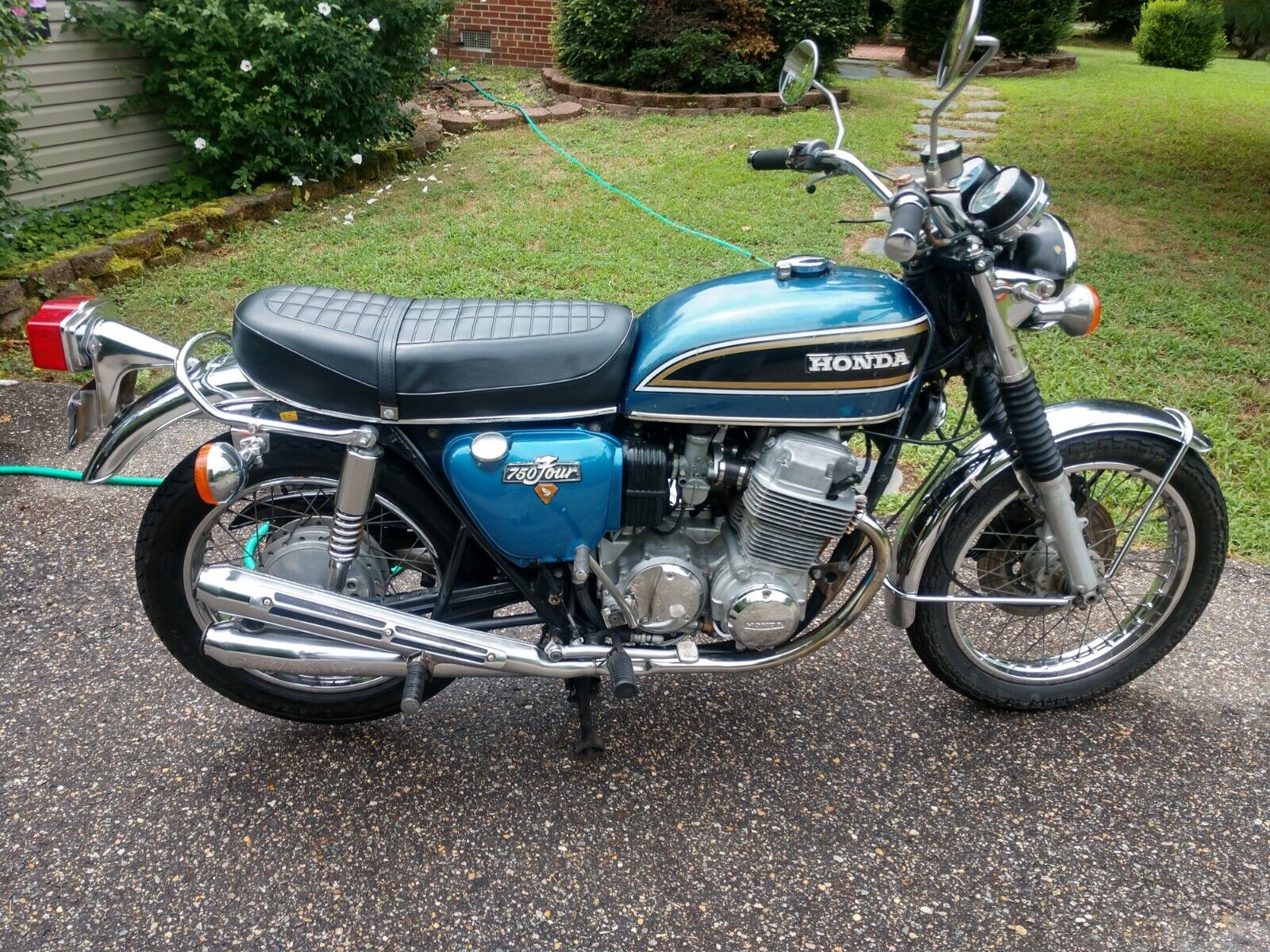 I wanted to set a Buy It Now price, but it won't let me add it. If anyone wants the bike for $5,100, call me and it's yours. Very low mileage and it's all original, except for the brand new electronic ignition unit, voltage regulator/rectifier, grips, tires (which are only 2.5 years old and have about 200 miles on them), fork seals and boots, and the seat cover, which was replaced 2.5 years ago with NOS just before I bought it in April, 2018. At some point, the tachometer was obviously replaced with a used one, as evidenced by the green face. Also just prior to when I bought it, the entire bike was gone through by Bernard Motor Sports in NH. They checked all systems, replaced all fluids and filters, and rebuilt the carbs and brake master cylinder. The right side cover was in very nice shape, but had two hairline cracks, and the left was missing, but it came with the original emblem. I purchased a green OEM cover through Ebay, with the intention of having it painted. I was referred by two people on a CB750 forum to BD Cycles in Lancaster, SC for excellent paint work. The owner (Brian) convinced me to buy reproduction side covers from a vendor in MA, who produces perfect replicas that are much less likely to crack than the originals. I did that, and was lucky that Brian had recently painted another ’75 Honda of the same color, so he already had the paint. He did an amazing job and they look great! Overall, the bike is in great shape. It has no leaks and no problems. It starts, runs, and shifts beautifully. All electrical components function properly. The only cosmetic faults are as follows: one slight dent in the gas tank on the left side near the middle, very small light spots of corrosion on the gas tank which are hard to see in pictures (the paint on top of the tank was oxidized, so I polished it with rubbing compound), scratches in the decal on the right side of the gas tank, a few light rust spots on the frame in front of the engine (could be easily repaired), corrosion on the left mirror stalk, some crinkling on the lower portion of the points cover, some oxidation spots in the aluminum on the engine and front forks, and some corrosion on the insides of the head pipes. I need to sell two of my four 1970's CB750's. This bike has a clear Virginia title in my name. I will happily answer any questions you may have via email or calls only. I will not respond to texts. Dean: 804-337-0146