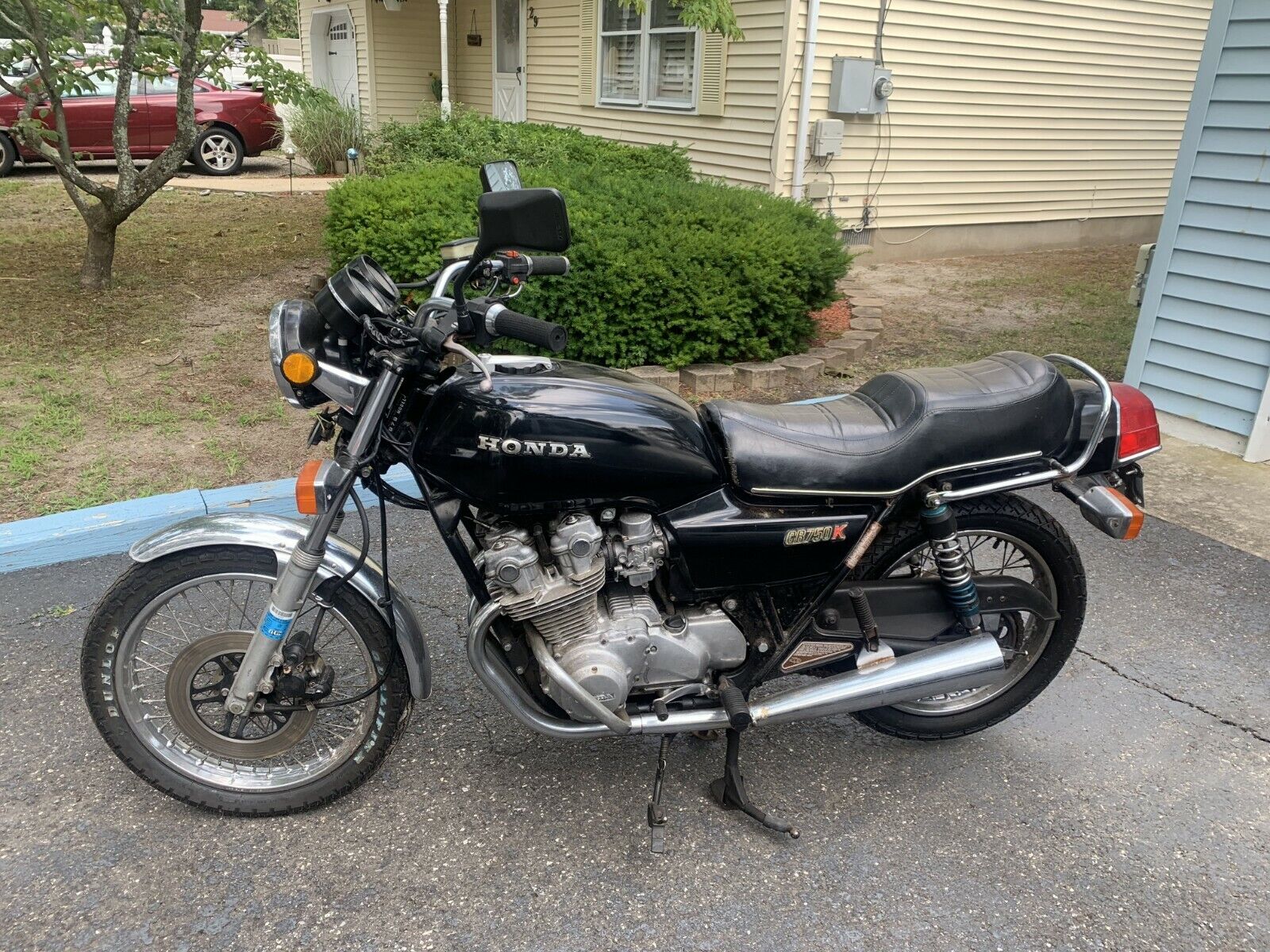 This, very clean, 1979 CB 750 was my father's project bike before he passed away last year. I know that I heard it running at one point but I also saw him replace the carbs (old, removed carbs included) and I don't know if he had it running again before he got sick. I tried to start it a couple weeks ago but I think the tank is empty and the battery is most likely dead. This would be a great project bike and I know he would love to know that it was out there on the road again. I have scans of the title but unfortunately, the paper copy was lost with a file cabinet in hurricane Sandy.