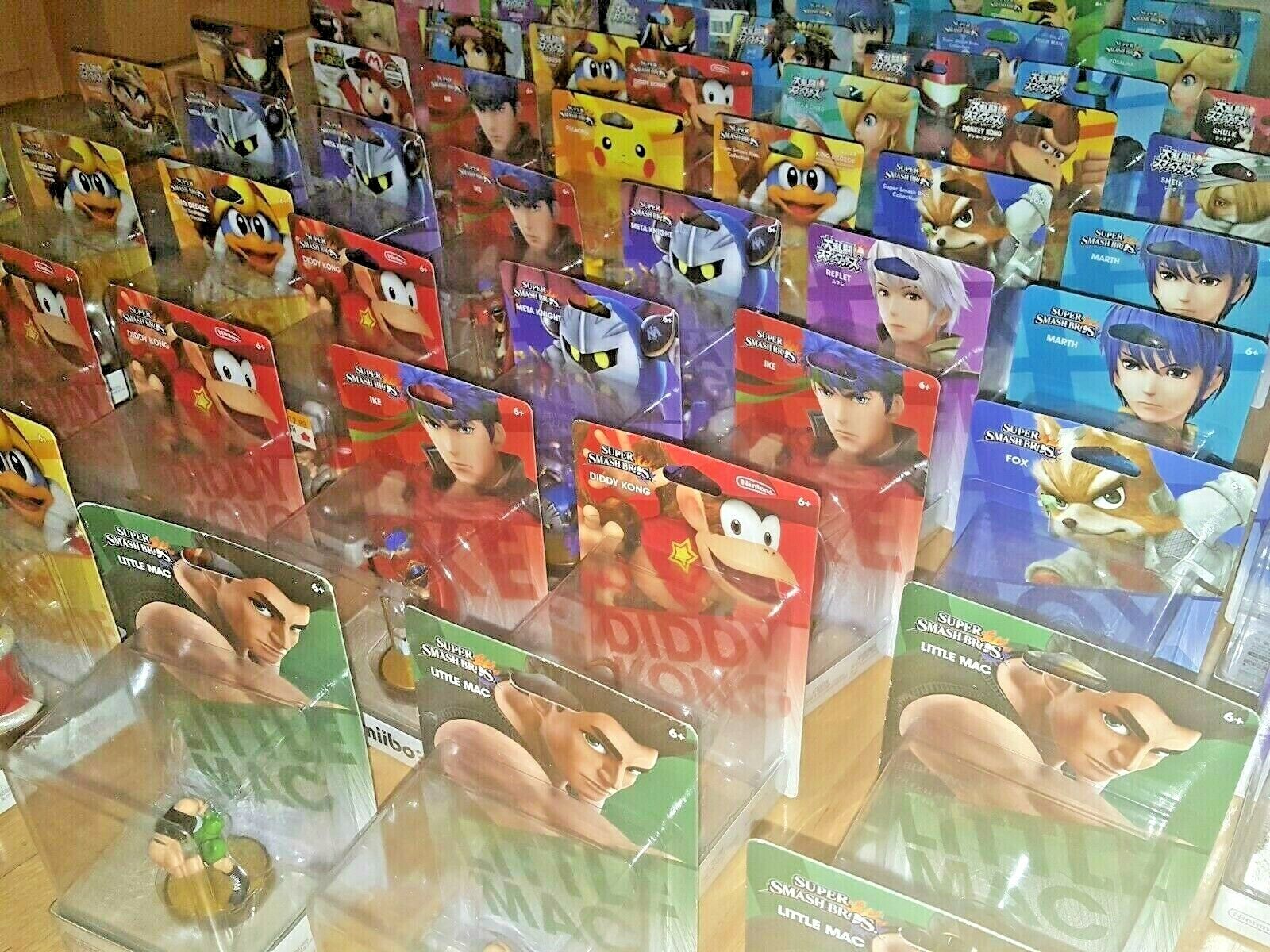 amiibo Figures Nintendo Switch Wii U 3DS Mario Zelda Animal Crossing Smash Bros Pokemon All amiibo figures are factory sealed and never opened. They are not region-locked. That means that a Japanese amiibo can work on an American Nintendo Switch/Wii U/3DS console. amiibo Figures are all in great condition unless otherwise stated. All the figures themselves are, in fact, in excellent condition. However, there are several amiibo with some some damage/wear to their boxes that ranges from being very minor to relatively visible. If you would like extra pictures of a certain figure to have a better idea of its condition, then please send a message. However, this shouldn't matter if you plan on opening them. The figures with damage to their boxes will be listed at a cheaper price than the ones which are in better condition.